A lifetime of dedication is recognised at Doncaster Chamber Business Awards

At a packed Doncaster Chamber Business Awards on 12th December, local businessman, entrepreneur and philanthropist, Nadeem Shah was presented with the Lifetime Achievement Award in recognition for over forty years of support for the town of Doncaster. 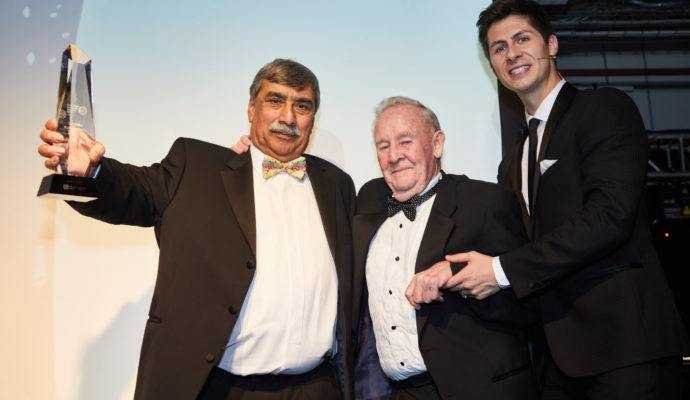 Born in Pakistan, Nadeem came to the UK in the early 1960’s with his parents. His father, Ahmed Hassan Shah, set up his first business in Doncaster which Nadeem joined after leaving Doncaster College at 17, in 1973.

He learnt quickly how to identify and develop business ideas. Ambition and drive have characterised his working life whilst his infectious enthusiasm has inspired and engaged others. Today he is head of a third generation family business which has grown and developed from small beginnings in 1964 into the highly successful Doncaster-based Vigo Group, specialising in transformational property and construction based projects.

Throughout his life Nadeem has always been keen to give back to local communities whose values and beliefs align with his own, and to share his good fortune with others less fortunate, but no less deserving than himself. His strong sense of Corporate Social Responsibility is evidenced by the number of charities and third sector organisations which have benefitted from his support throughout the region.

One of these is Bluebell Wood Hospice. Nadeem became involved right at the start when the Hospice was the dream of a nurse he met through business contacts. She needed help to raise awareness of the plight of very sick children in her care plus funds to launch her idea. Nadeem and his wife Maureen also planned and supported the first fund raising ball for the Hospice at the Doncaster School for the Deaf and gave them a significant boost a year later with another at their home. Bluebell Wood has grown and developed to provide support and care to hundreds of children and their families every year.

A video presentation shown on the night featured commentary from individuals who, through long associations with Nadeem, were all able to speak out about the many reasons why he had been selected to win the Lifetime Achievement Award: Scott Cardwell, Assistant Director of Development at DMBC; Dan Fell, CEO of Doncaster Chamber; Lee Haigh, Director at Imyco Construction; Tony Phillips, veteran property investor; and Tariq Shah, Director at Vigo Group.

As a natural business leader and Ambassador for Doncaster, the Chamber Board were unanimous in their choice of Nadeem as a worthy and respected winner. 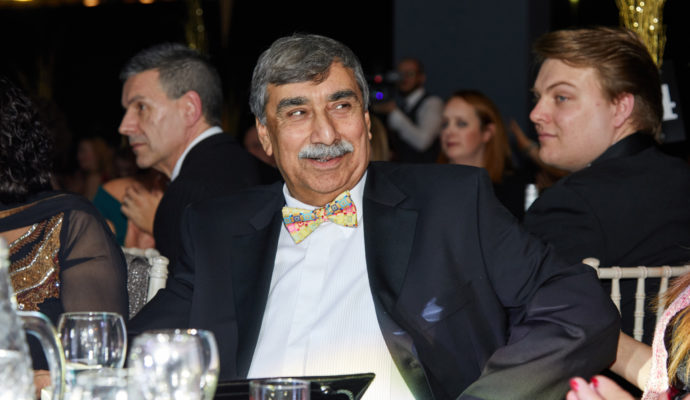 “I am humbled, honoured and very grateful to be recognised for my contribution to Doncaster over the last 40 years and to have received the prestigious Lifetime Achievement Award. I feel there are others who are more worthy of the honour than me! Winning however, is in no doubt down to the support of my family and business colleagues, as well as to the many friends I have made in this most wonderful town.

Over the next few years I want to build on what I have learned in life and business. My vision is to continue developing high quality schemes that enable communities to flourish; and I personally want to encourage the entrepreneurial spirit of young people, to guide and mentor and help to develop them into people who add value to our economy and society, a society in which everyone has opportunity.”

“I am thrilled that Doncaster Chamber has honoured Nadeem Shah for our Lifetime Achievement Award this evening. A giant of a man who has done so much for Doncaster’s economy and younger generations”.